and the Fantabulous Emancipation of One Harley Quinn 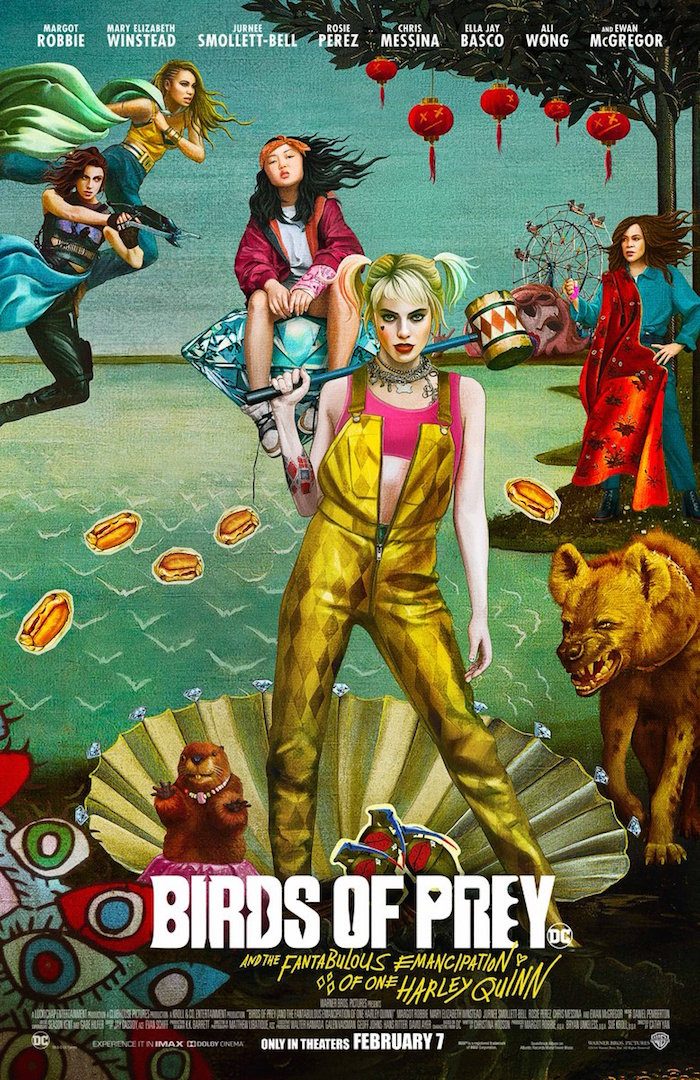 Fed up with being used and abused by her psychotic boyfriend, Joker, Harley sets out on her own. One problem…Mr. J was the one keeping all the baddies at bay.  Now said baddies are gunning for her, especially Gotham’s crazy-ass crime boss — Black Mask (Ewan McGregor).

So what’s a girl gonna do? Oh, I know. Grab a bat and come out swinging!

And Harley’s not alone. She’s got “friends” to back her up: Black Canary (Jurnee Smolett-Bell) the songbird with killer pipes; Huntress (Mary Elizabeth Winsead) the assassin with a crossbow and a serious ax to grind; Renee Montoya (Rosie Perez) the best and most passed over detective in the Gotham Police Department.

It might be a man’s world, but Gotham’s baddies are about to learn that it’s nothing without a woman or a girl.

Birds of Prey is the kind of movie that gets my fangirl blood pumping. It’s got slick fight scene, balls to the wall action, and an unhinged, yet endearing heroine who can dish out an ass whooping and still find time for a mani.

It’s a girl power flick on steroids, and I loved it!